St.Clair Ahead of The Game

By seeing the future, we change it!
Prediction waves come and go.. a malignant ET group sabotaged our guidance system/s.. added a virus agenda program into our collective “future seeing” Palantyr. Therefore, for thousands of years humans have followed a belief system designed to interface with their primitive brain frequency, as Jiddu Krishnamurti pointed out – up to us to find the light within.

To be a light unto oneself.
To understand that truth is a pathless land.

We have the seeing stone
in our genetic pineal gland 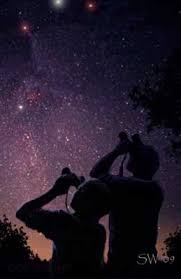 This premise comes from the law of nature where an individual cannot make use of second hand information, no matter how powerful it might be. It is also related to the law of interference.

When more advanced beings interfere in the evolution of a race, those advanced beings get the consequences of their interference – even if it was meant in a productive / supportive / helpful / constructive / educational manner. Which is why the Nordic ETs do not interfer – only assist, they just make suggestions that we can figure things out on our own.

The more super intelligent races realized that the various species they were observing have to self-ignite from within, seeking self-determination; and that their role is not even to guide / advise – but to observe / understand. 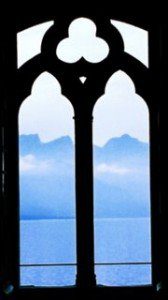 Observation / Seeing is its own RiGHT Action. 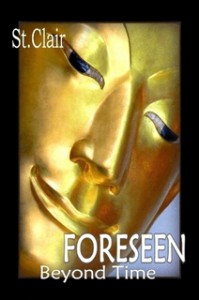 “…has about it the scent of by-passing wisdom:
A new ET-based spiritual revelation –
narrated as a soul-expanding adventure…”

1 > Michael St.Clair’s / NASA’s Dr Ed Mitchell’s joint / separate disclosures reveal that human governments are not in control of planet earth, and will never be in charge of anything here.

2 > Detailed funny future scenarios described by super ascended seer masters / astronauts and all.. will not have manifested in the ways described. Never did. Y2K? 2012? No go.

3 > After 2012 will come – and did come & go – another “guided explanation” to explain why things changed.. and how it will be in the new future… and so it will continue, etc. Meanwhile ONE book sets the records straight..

Ahead of us:
a new reality = The UnKnown!

*
ForeSeen – Beyond Time introduces a true extra-terrestrial message from the future. St.Clair — (1 of a few Nordic Assets on Earth planet) — goes beyond Kubrick’s 2001 Space Odyssey in his elliptical narrative of timelessness. Looking back through the eyes of tomorrow, this compelling small book delivers mind-altering, precision-guided prophetic visions of a mysterious world yet to be.

In the nine years since it has been available, this tiny gem of a book (of silent stature) has proven PRESCiENT – beyond imagination… beyond scope… beyond Wisdom itself & beyond time itself. 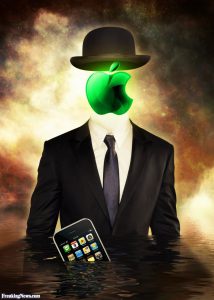 Once a decade — an intriguing, paradigm shifting book emerges. Foreseen – Beyond Time, an underground classic by now, is a future guide tool. Extremely useful for generations to come, this booklet destroys fear-based myths and 2012 / YK2 deceptions, as this visionary work frees mankind — one soul at a time.

In the sequel to “Zen of Stars”, St.Clair speaks directly to the soul. Foreseen – Beyond Time reveals the art of time travel to be a living technology, creating (in simple terms) the electro-magnetic climate changes popularly described as “global warming” or “ice age” . . .

For St.Clair, the sane future leads to Open Source Knowing, hands on innovations, shared prosperity, created and shared by people developing networked solutions, using local resources. Creating innovative solutions for a self-sustained art of living / off the grid of need be or inside the vortex of human activity wherever it may take place..

[ “Radiant Zones” ] a concept by St.Clair.. is the power of our imagination that will shift the global mind folks beyond the grey zone of commerce / 2nd hand human copy cats, and into an existence worth living. We will create “islands of light” — (a St.Clair copyrighted term) — worth living in…

St.Clair states:
“The human mind is the technology of the future.”

In ForeSeen, St.Clair reveals long lost secrets of the Atlantean sages and Knights Templars. The original 9th Century Cathars taught St.Clair. Their simplicity & adaptability made them the functional enemy of the alien hierarchy of their time; our time still now. Written in an entertaining and enlightening way, light-hearted at times, St.Clair makes even super dark subjects a spell-binding experience – and easy to navigate.

Disclosure reveals starkly
>
‘human governments are not in control of planet earth’.
Disclosure has already taken place.
We have 1st CONTACT! We ARE The Signal!
We looked for them. They found us! It’s all good.

Engaging The Unknown Complex
Con-/-Sider (“with stars”) the Disclosure a done deal Now!

Each reality event contradiction people ponder, showing the advice / guidance to be inaccurate, will simply trigger a new explanation, by whatever media / medium / channeled entity etc. and so on… and this is how these crafters or fake reality go about / do it.

See in FORESEEN – Beyond Time — You will find this issue fully / deeply addressed in greatest detail. We chronicle this as we move into / create our JOiNT Future…

And as you recall…
the observer affects / is the observed. The mind affects what it touches.
We do not predict, we create out futures.

The Mirror in Your Soul! 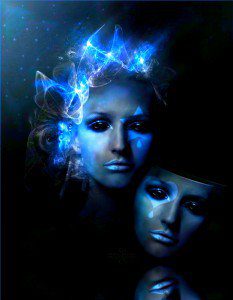 Travelling into our own future, our many incarnations create a timeless tapestry of life, in which the soul is the weaver, and our incarnations are the threads of the fabric – in which we clothe our spirit. Write our movies..

St.Clair connects the mysteries of Atlantis (known in literature as “SHiKASTA”) with the extra-terrestrial origins of man, and predicts that it is our destiny to return to the stars.

This life-changing booklet (2007) — opening new perspectives on the role of extra-terrestrial intelligence — was written by the world’s leading political astrologer. He has since guided a few of the most intelligent movers & shakers of the next leading generation in silence – to accomlish what we all set out to do…

F O R E S E E N = has changed a few human beings in one decade, since its publication. It is still hidden in plain sight — doing its quiet effective work. One being at a time.

It is still being handed around, discussed in small groups.. and talked about in book stores, and acted on in silence.. and at times sent to me — to be autographed — a copy at a time… a soul at a time… while I am still around to do so — at my private meetings.

“The egocentric ideal of a future reserved for those who have managed to attain egoistically the extremity of ‘everyone for himself ‘is false and against nature. No element could move and grow except with and by all the others with itself.

“Also false and against nature is the racial ideal of one branch draining off for itself alone all the sap of the tree and rising over the death of other branches.”

Doris Lessing intro Canopus in Argos (CiA) has many agents on this planet.

Study the modern versions of the Samurai Code / Tao Te Ching at NewMindTech.