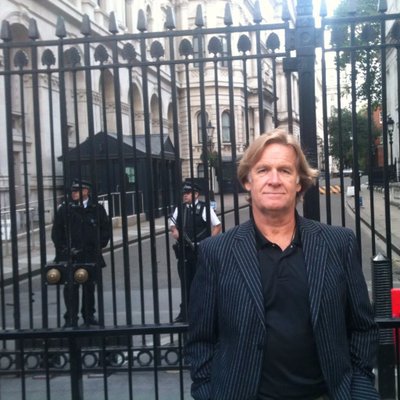 DK – scout he was – is also the first who contacted me immediately after my book ZEN of STARS was published in 2006. We even lived in the same small town by the sea for many years, same town as Donald Trump, whom we both knew. DK later told me he had observed my writings since 2002 silently.

The visionary DK studied many ET based breakthrough technologies and new financing methods. The first thing he made me study when we met was the work by Dr. Fred Bell. He told me “unless you understand what Fred Bell knew, you know nothing.” – DK knew that I knew Deep State. We had that in common when we met. Then we went to work together. 2007-2017. 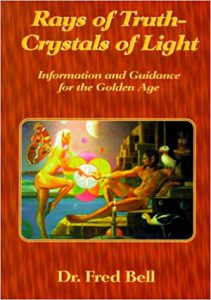 Above book is like our “Bible” or rather ET guided Handbook between advanced rational logical Cognoscenti of the puny Extra Terrestrial Knowing we were allowed to access and understand. DK & I for instance studied for years the original and then the ‘subsequent’ (fake) WingMakers’ works. We understood.

DK came as a small 4 year old boy from Finland to Canada, that’s unique. Then on NYC — and the art of the deal, and then Florida and California. China Russia and Catalonia… worked with most advanced scientists from allover the world – and pioneered futurist medical and energy systems that will one day help mankind. His vision was to bring useful Pleiadian technology to move mankind further peacefully. Deep State had confiscated advanced technologies from his clients.

Despite all he knew about Deep State, he never lost confidence in his mission. DK was an always positive thinking advance headed man. Nothing could veer him off of his target. There came a time in 2015 though, when the great visionary started to have doubts if people will ever want to learn what we know. I was his test run.

At least DK, his and my friends, we can take credit for having helped some few to get Donald Trump to do the Glioblastoma 4 surgery on USA’s brain. Otherwise USA was dead on arrival. Now it stands a 3 year chance…

DK knew there are limits to what an ET envoy — or even a group of them — can do in human form here on this planet Earth now. Not too many are ready to take the new world. After having survived many challenges, even an assassination attempt in Stockholm airport Sweden, DK was diagnosed with medical situations that saw no more way out.

Daniel Kesonen & Sheila Lama (who were close friends) left us more or less @ same time — [ came back one more time to settle things with those they did everything together in the end] — and then asked us to let go and trust the Journey ahead. Imagine the Pleiadian assets are now going to guide our agents with even more precision from where he will soon be . . .

Great honor to have worked with someone who ever only worked with the best pioneers. in the video clip below, a presentation I gave in May 2015, last time (DK and I were seen together) — he gives some audible Guidance / Direction in a meeting going off the rails…

Both DK & Sheila asked us to release more film clips about the ET dimension. This work continues, many others also work in this direction, as did Jim Marrs — this is part of a dynamic prediction. This disclosure about our own origins and our friends in space has been ongoing for the aware ones since at least 1947. Those born later got with it quickly. When I met DK and told him about Apollo 14 and my sources, he just smiled and handed me lots of books to study… “if you have any questions, ask me!” – he said 😉

(( If DK had been an accredited ET World Pleiadian diplomat, instead of an under cover ET asset, he would now have a state funeral at Arlington Cemetery. He is worth more than all the US presidents in all of US history. – M St .C. ))

“It is with deep sorrow that I learn of Daniel’s passing. Yet I know his spirit continues in a higher realm.
I will always remember the thumbs up sign he gave me when I left his hospital room. He was paralyzed from a stroke at that time yet managed to give a victory sign…”
– Heath