“Enlightenment does not come through another,
it comes through your own observation,
your own understanding of yourself.”

“It is no measure of health
to be well adjusted to a profoundly sick society.
The constant assertion of belief
is an indication of fear.”
– J. Krishnamurti –

6 January 2017. Dia del Reyes – 3 Magis Day. Times of profound inner changes are at work now in 2017. During Uranus in Aries / Self-DetermiNation, Saturn in Sagittarius – Ultimate Quest for “Absolute” Truth = we need also see beyond the illusion of “in-divi-duality” / delusions of what this Journey is about. We will all leave Earth one day.

Beyond Events (timeline 2017-2020) the grand vision with Neptune in Pisces / Saturn in Capricorn is about Finding One’s Own Way / Tao / Truth / purpose (out of false belief systems / old conditionings) and figuring things out on our own. No external teacher is needed / wanted. Time to educate ourselves.

It is all timeless – (Nothing New Under the Sun; as Ecclesiastes said.)

On the other hand, everything UNKNOWN & unexpected will happen now. Wherever you look now in the aftermath of January 2017, people look for guidance and inspiration, and the best of them find ways to inspire themselves, ( by themselves, ) while inspiring yet others, and some come now under these planetary aspects closer to some self-realization/s while restructuring priorities of one’s existence.

This is a time where for some everything came upside down. Whereas for others everything just fell into place finally. Yet others see both phenomena, and it is still all good, because it works out as meant to be. Uranus – Jupiter opposition is tough, magnifies every aspect of life.

Many experience extremely NEW and strange – almost paranormal – events, life changing situations of all kinds – and by smoothly sailing with them, Neptune ten Pisces / aviator style, we become wiser — definitely more RESiLiENT – a better notion than stronger – as “resilient” means able to withstand the “bad winds” ahead… with an ineffable quality that allows some people to regenerate.

The planetary alignments ahead 2017-2020 do not give lee way to illogical thinking. Jupiter Scorpio is penetrating and thorough in 2018. Truth presented is logical. Scalpel like, of metallic precision, like a “Loyola text” in old schools, or such.. Or it is not truth if not logically provable.. The moment you realize you are conditioned, be whatever, you are set free. Unless you see that moment, you keep being conditioned, and of a non free mind.

Astrology 2017/18 (Jupiter Scorpio) / Sag and 2020 into CAPRICORN one — talks to us about a profound realignment in our own personal / collective sense of P U R P O S E (Capricorn Jupiter / Saturn Pluto). There is Revolution of the EVOLUTIONARY kind in the air.

Freedom From The Known

The famous Krishnamurti-esque “Revolution of The Mind” is starting to take place slowly, one mind at a time. Uranus in Aries is still on until 2018. We will move as a planetary society into a Meritocracy (Plato) style federation over time, 2020-2080, away from old economic centralized 1890-1990 systems.

Uranus in its Taurus years into 2024 will be our internal revolution of our relationship to our own and collective resources. What is OURs will be redefined. i.e. [Land / water / power / energy / gold / exchanges / trade / food / logistics etc.] — Once in Gemini, after 2025, Uranus will propel us towards extremely advanced INTELLiGENCE – Tech Society!

Wherever you look, when you look closer, they search now for INNER solutions, they found that their OUTER search led nowhere, as we had predicted a decade ago. It took that long, but at least now the first ones are at that point — of figuring it out for themselves. Look at Alex Jones, he is now also the leader of self exploration while being an inspiration to others. Speaking from his heart. Assange is simply being proven right. The era ahead is one of technological democracy. Anything can now be shared in a moment with all who are in tune.

We now hold the keys to manage this planet on time.
(The religious people of all kinds have been “black-balled” by ETs.)

Spring 2020 is Eye of Needle or “Eye of Time” moment — window of trans-personality that opens in October 2019 – ends in February 2022. Neptune Pisces until Saturn passes in its line by July 2025 / 2026 brings about a fact checking of religious / philosophical belief systems — and with it a change of mindset in mankind’s view of itself — in the BIG picture. Those whose birth positions are in Aquarius / Pisces / Aries are now prompted to wake up super fast, like almost over night.

Technologically, we move now into an age of truth in 2017/2018. Society will be managed by technologically intelligent people. In 2004, I attended (as a futurist astrologer) a meeting of IT experts (intel officers of tech giants, higher management, Apple, Silicon, MS, Yahoo, IBM) from Pacific North West and they all told me then that information is like water, and wil find its way to its destination. Figure it out!

The minds have been opened in 2017. The flod gates have opened. As each one works through their own purpose priorities, the new inspirational innovators will find their own original solutions to the problems we face now together.

And what this does to Alex Jones

“We are the Guardians of this planet!”

{Note: General / Ambassador Vernon Walters & Al Haig pushed me through similar stuff as what Dr Steve P is pushing Alex Jones through these days, a super accelerated education in reality of how the world really works. At times it will bust the apprentice mind even when willing to learn. Believe me, I was stunned at the turning of The Kaleidoscope by the guys who educated me.

We fought / won many psy wars.. and I am grateful that Alex Jones found sources, the kind of which I also was blessed to be in their presence of. If it is of any help, everything or most of what A. Jones is being told, {by some}, I was also taught by different sources / educators – as far as world strategy / internal intel. It has to be true at its core. You can’t trust the system. You have to figure it all out for yourself! On the other hand, you cannot be conditioned by / tethered to some beliefe systems. = anathema to a deep intel office, does not BElIEVE stuff, needs to KNOW stuff.}

imagine we intercept them ahead of time!
(TinTin & his dog Snowy stole the votes.) 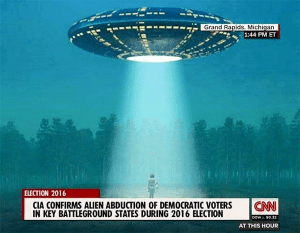 [[in retro Mercury
check back in 😉
scalpel-like precision’]]