AlphaGo Google has just bested the best human Go grand master. Is the system of the machine kingdom now smarter than the most intuitive / intelligent human? Will Uranian Trump win his match against deep state / black budget Pluto? We see it constructive.

Astro frequency – Linguistics. Pluto in Capricorn is in long-standing face-off with Uranus in Aries, and the peak result is only now showing during the Neptunian surrealist painting of socio-astrological proportions. Saturn reality check in international Sagittarius aiming for the HIGH ROAD. The ultimate prize… in sight but out of reach. I am reminded of a Dali painting with the illusory twin towers (missing) – or a double take on the famous Catalan “persistence of memory.”

Note Saturn was in Gemini when the twin towers fell, opposite Pluto then in Sagittarius, and now Saturn has travelled to the point where Pluto was then. Meaning? Reality check point. More questions to answer… 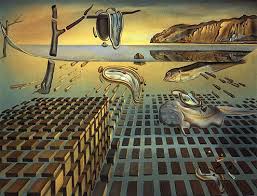 Deep State / hidden hand / globalist cartel is PLUTO in Capricorn until 2024.
Later it may take on a more Aquarian techno trait – techno moguls NSA gone mad.
Blade Runner / Minority Report. But this can be stopped by writing new scripts.

As Dali could SEE things… I can fast forward them.

Before we move into this hall of perception mirrors, be sure of ONE thing. I don’t think, I see things. Action without thought. Observation, as taught by Jiddu Krishnamurti. I observe what is. I see what I see, okay. The seeing is then its own right action. Does not require thought. In fact best is leave thought out. Stay with what is.

Plus… I can add a point of esoteric interest…
– see the ultimate Trump horoscope – by St.Clair: 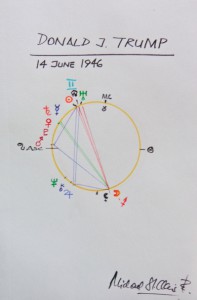 Uranus stands for people liberation. These two principles of Control versus Sovereignty are clashing now BIG TIME. Jupiter in Virgo counts the beans, polls and votes. Neptune in Pisces blurs the photo finish. Chiron also in Pisces dispenses collective healing. November 2016, Jupiter is in LIBRA. All of which spells: Justice & Balance / friendly relations.

Let us colorfully fill in the black & white Go game / chess board: Trump is born dog year 1946 June 14th, USA’s Flag Day (red, white & blue) with Gemini Sun in line of Uranus. (opposite eclipsed full moon on Galactic Center) This to say he is really a rarity.

Add to this he has fixed star Regulus on his ascendant. It’s a win.

He represents the unbridled principle of a most multi-faceted / enlightened / inspirational “Quer-Denker” (German term for out of the box or contrarian thinker) and really, let’s face it among esoteric cognoscenti, he mirrors the “sunny side of Uranus”.

Watch out; Trump is an Obsidian Mirror.

So you grasp it, the dark side of Uranus would be chaos, riots, uncontrolled upheaval and systemic breakdown. Things predictable if the “Deep State global cabal” insists on cheating in this game. The chess match has advanced by now to the deep game – middle part of the great game. 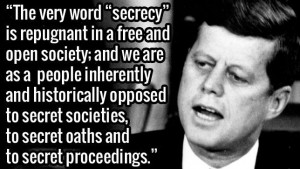 This after rioters are sent out posing as “protesters” etc. To which Trump will answer with a WHiTE MOVE: Uranus People Power. It will be fun and educational also to see.

There are MANY anonymous FACES to the ANONYMOUS movement…
Later Anonymous Intel will take SORROWS out of the BIG Game, just watch!

What is going on in USA, is foreshadowed also in Europe in many other ways, some not so well managed. In short, astrology mirrors what is seen in reality now. Fast forward this reality into November 2016:

Other than that, Neptune signals joint and shared prosperity.

May the best human player win against the machine!

* See also the essential essay by Dr. Heath King – Trump & The Dawn of A New Era

* ( Dr. King is America’s foremost psychologist, philosopher, thinker, martial Arts master & chess player, a bit like a Bruce Lee type, who sees the unseen. Chess enthusiast Dr. King, aware of chess history like no one else, recognizes a “Tal” trait in Trump. Grand master champion Tal could psychologically overpower the opponent. He was beyond brilliant. Genius like his was unpredictable. )

(I disclose that I have met Trump and know him to be a kindhearted gentleman.)

Be aware also that many good eggs are watching over this Go game quietly. Just to make sure at least we see a fair and balanced outcome with Jupiter in Libra. What is the difference between Chess and GO? Study! This is a Jupiter in Libra Question. One which Dali was taught by Marcel Duchamp. There is reality which is mathematical. Then there is surreality beyond – this world which is insane.

All this reminds the aware observer Dr. Heath King, also a pre-eminent historian, of the time during the US presidential election of 1800 where they were warning of riots and a return to the monarchy were John Adams to win. Thomas Jefferson was his opponent then. you recall all this? I had to go check it up. I admit it. What is more. The astrology 1800 and the astrology 2016 has OBViOUS overtones of DEEP STATE written over it. History rhymes in Dali-esque spirals.

Alas, as Dr. King foresees with accuracy, we are deeply in the irreversible process of losing touch with reality and with our own history. I always say the future protects itself.

Many are now mind-controlled. However, very many more are waking up. Millions!

POSiTiVE THiNKiNG sees a way to end all wars and transform the war economy model into a shared peace prosperity. It is Neptune’s role to see and show visions of a better future to all earthlings. If anyone will do full disclosure of ETs in America, Trump is your man!

Saturn in Sagittarius (veracity of faith) is investigating the absolute Truth. The High Road.

(In my subscribers-only Radiant Zones Network I disclose more knowing and explain the astrological calculations which lead me to our pondering this reality more carefully.)