“If I would tell you the truth, I would lie to you.”

Above Zen Koan =steep (not made up, someone told me this.)
Turn it around:
“What if I have to lie to you to tell you the truth?”

When the figures are dancing . .

This is the Nordics’ ultimate sense of tremendous karmic humor –
– to place one of their best assets into the middle of this riddle.
I can now claim to have lived 24 hours in a “suspended republic” –
And I bet you cannot claim that, can you? 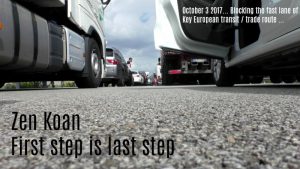 “AP7” main trade route highway Barcelona-France blocked by few students – both ways – guided/aided by a few Mossos police guys to keep it ‘ all steady’. This is like blocking the artery of trade between Portugal and Russia. Which is a threat to Europe, and not subtle nor symbolic — when it lasts 8 hours in day time.

We just lived the “18 Brumaire” – Napoleon’s Catalonia. It was all good fun.
[except now the economic & collateral damage is done for ages to come ok.]

The astrological game reached a stage on 10.10.2017 at 19:00 hours Barcelona time where the super intelligent quick witted Gemini moon ran into opposition to Saturn (The Law) in Sagittarius, with 315 international TV media watching on, while my source in BCN would simply say, “I see you tomorrow”. So I waited.

Was “independence” declared or was the “republic suspended” ?
I would have to lie to you in order to tell you the truth….
just saying that Carles Puigdemont = Not Known For Clarity –

In secret, parliamentarians FOR this illegal “indep op” venture signed their names on a piece of paper; but were told not to speak of it so they could leave the parliament building (un-arrested) later, and then President Carles Puigdemont read out the most colorful speech I ever heard. Many people had their fingers in that speech, they fought every word for days & hours to the last moment.

It is of a deep Catalan Complexity. spoken in Catalan & in Catellano high Spanish. Mixed with falsehoods, absurdities, lies, innuendo and greater speaker skills. Goal: Reel in the Europeans. (PoochDeMont – Well of the Hill – whose grand mother is from Andalusia – was a community publisher / Girona’s Mayor, born Capricorn 1962, before the Cabal in Barcelona chose him to replace the corrupt, complicit, compromised & dead on arrival Artur Mas – who is the mastermind behind the whole coup, and who was indicted. Fined 5 M Euro for arranging a mock vote. Which he paid from donations without taxes paid.)

We have all the intelligence we need, from many sides. Madrid watched Barcelona for years. That’s why they calmly waited, so it would all come out in the wash of the Aries Full Moon, timed not by Madrid, but by Barcelona – which has this extreme obsession about dates ^ numbers.. Euro spelling: 11/9 – 1/10 – 27/9 – etc.

The esoteric higher masters of the “Stone Cradle Club” sit in Girona, (secret societies all who do weird stuff) — hoping to take control of all the wealth / trade ports / transit routes of Barcelona – EU / World, and then of Madrid one day if that’s possible. They are very big headed guys in Girona. Israel advises them in secret. Why? They need an exit place for their elite.

Most of the world is totally dis-informed / blindsided misguided about all of it. No one has any clue what they speak of. I am stunned at all the European leaders who have never read the Spanish Constitution which I know deeply well now.

At some later stage I will document who fell for this FAT lie of “independence”. This game was long in the making, but the game never ends, until your whole world depends — [as Mr Alan Parsons says — on the turn of the friendly card.

The Catalan game/s within the games needed many years of children growing up to think hive mind. Which is OPPOSiTE idea of “self-determination” – see now the Orwell lie fed to the Catalans?? Self determine but think lock step! 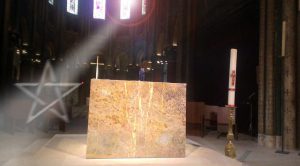 
WHY & HOW Catalonia is Economically Dead in The Water Now

The extremely illegal number which these misguided nationalists / anarchists and some mis-directed people pulled in Catalonia since 2012-2017 is straight out of a dystopian Orwell / Dick novel – mixed with some serious real Lenin / Trotsky rule book memoranda, about how you indoctrinate kids aged 4 to think in lock step and raise their flags, how you create planned conflict in 2017 to reach 2022. and on and on.. and generally teach people for decades that it is all about “us victimized Catalans against THEM bad guys in Madrid.”

[When in reality this is an internal affair / conflict between the 7.5 million alive Catalans among them selves, about they REALLY wish or do not wish, and NOT with / against Madrid primarily. and that rages for hundreds of years. After a while you walk out of this observatory laboratory dazed and unfazed. It’s been a surreal trip alright in Dali’s lands.]

This is like in The Lord of The Rings,
by Tolkien linguist master Aragon’s Aragorn Bilbo buddy
– and the secret memo beyond “Mt. Doom.” Esoteric stuff.

You know (perhaps) of the Catalans’ tradition to build “human castles” with up to twenty, forty or more guys standing on top each other reaching 5 or 6 floors up. Then a small boy climbs up and will be on top. What if that child falls 6 floors. It is not a sport. It is a very demented deep dark child sacrifice ritual played out in plain site / sight.

Girona has the Stone Cradle of Lucifer at Mount Canigou.
(Girona is aptly described by Patrice Chaplin as the “City of Secrets”)
(Mt Canigou is regarded by seasoned air line pilots as NO GO zone)

Barcelona has MontSerrat – jagged mountain – deep caves plus ET’s & UFO’s.
MontSerrat is ET tourism dark spot. Look @ it & “the two towers” see it all!
People get abducted, disappear, get sacrificed – you name it, very bad area.
It is in Jesuit hands since Loyola walked there. Girona is in esoteric hands.
— it is pretty EPiC stuff, if I could get into it and tell you the truth 😉

Madrid intel found in painstakingly precise intel work how the referendum was rigged and they seized a plethora of deep feed documents, networks etc. – among which one paper – Secret RoadMap to Sept 2022 Catalan Take Over – isn’t that something?

Spanish (Castellano) language also created the funny phrase: & “THE FiGURES ARE DANCiNG” – to describe poetically / visually / accurately what Trump would call the process of a RiGGED VOTE — in American abstract lingo.

The French Connection. ( Could be from Corsica also.) Too long to explain, there is a “French” Catalonia also. Northern Catalonia. Also knows as Occitania. They speak “Occitan” or also some “Catalan” or then just plain French or plain Spanish, or whatever, or Hebrew if need be ok. They understand each other more or less OK/]\

You be aware that the 1978 modern & complex Spanish Constitution (written by many sages – and which produced an advanced society since) was adopted / approved by MORE Catalans than average Spaniards in the 92% range. So now the old deal is not good enough because times are hard, we get that.

You really think BARCELONA city state (like Venice ages ago) cares about this joke of “independence”? They laugh at it all if you get to know them in private. It’s fat joke. That is why the elected Barcelona Mayor lady Ada Colau, Pisces. . swims in 2 waters, saying 1 thing to 1 party and the opposite to the other party; and she got to be Mayor of of a 4 million population city (more than half of Catalonia) at age 40, and she is not stupid, except she too is part of the DEEP script, she doesn’t know yet she is being used too. Unless she reads this page.

The secessionist Catalans think that when they split from “mainland” Spain, (like Hong Kong from China), then Spain will be be like Algeria, Morocco or Tunisia, some 3rd world hell hole… and Catalonia will be like America, they are a bit grandiose seriously misguided ina colorful manner.

All they care ABOUT.. is their BCN sea and air-port status, the sea itself, the trade routes up down EU and across to Africa, etc. and whoever cooperates to keep the show going is cool, and if it takes China, Japan, or Israel, or North Korea to do it, it’s all the same.

This is why I stated:

“When Flag is Weapon
& when Law is Menace
& Liberty is Luxury
– you got a problem buddy.”