Seeing The Future
– by St.Clair

The war is on the mind, protect your mind!
Super Full Moon in Taurus. The picture stabilizes. 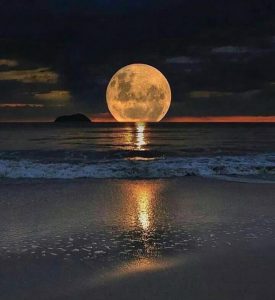 When I saw the crew of Alex Jones at InfoWars dot com with guns, champagne, cigars and smart cool looking ladies commenting on the election event of the Trump night, I knew we now have what I most predicted, NEW MEDiA. No more suits and bubble headed bimbos, REAL people talking reality. 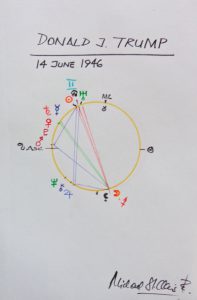 Trump chart by St.Clair. My design in itself, hand drawn. Dali-esque, sees its future. It was while carefully calculating / designing the chart like a work of Art, that I became aware yes this is the new 45th US President.

A lot of stuff will change – as I predicted when Trump gets elected. In fact he could not get elected without new media, he in fact had to decimate the mainstream media people first. That collateral damage was necessary to become US President.

I have taught for ten years that the war is on the mind. Alex Jones is the first guy who grasped this to be true and who counter-attacked correctly to the point of getting the best team together. He is advised of course by Roger Stone. He is now the NEW media. The old corporate media will die.

I was asked to explain how I was able, based on astrology, to predict Trump President. Simple, it was written in his own birth chart. And it is based on 20th January 2017. We are not there yet but almost.

In the new video documentary series “Astro*intel” we go into the deep detail of astrology and much more deep source material.

Alex Jones is an Aquarius, with Mercury in Pisces at birth, and Saturn in Gemini, able to compact and publish information dada packages at a pace unheard of and made understandable to normal people. Formidable people helped this process. Planets are representative of people also, see how many line up in his East & Top horizon!

Alex is a visionary, revolutionary with an all seeing psychic Mercury / poetic mind. he grasps Tolkien’s work in context with what I talk about Doris Lessing’s Shikasta, the advance hard going non mythological version of same reality. Alex knows what is REAL and what is fake. 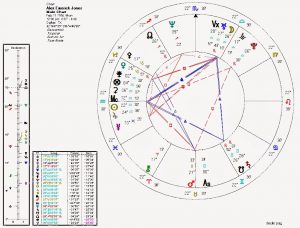 In what way is Assange connected to the World, and to Snowden?

In what way does his destiny interface with world astrology? Stay tuned here!

Ed Snowden quadruple gemini / super spy – with also Scorpio moon @ birth, like Assange & St.Clair, smart dude who helps from the technological side to explain what to watch out for in a tech election and in many other tech areas we need to know stuff about. How can votes be switched? He teaches this so people can learn.

There are legions of Anonymous expert people at work to save the Republic, and to create a better future on this planet. There are Putin’s people who protect my work, there are scientists who talk to me now. This is something I also predicted. Things will get better on the whole.

This is a big project ahead. We are birthing a new human mind into 3D reality. Recall in my book LIGHT-SEEDS of 2006 as I wrote about the FUTURE CHiLDREN those from the future….

The astrology of the true leaders in humanity connect. I will show you how & why. There is also young Barron Trump, of the 2006 Vernal Equinox, Super Dude, rare Quadruple Pisces + ascendant plus his young visions.. Sag moon like his dad, look at this chart.

Imagine for a moment or two, how life and the future of this planet looks as seen from the mind’s eyes of this young seer? Any astrologer worth his / her salt sees the Pisces ascendant Eyes all seeing taking it all in, with a mind connected to a HIGHER MiND!

The elite ISAR astrologers of “repute” were proven factually wrong.
See the famous names of the False Prophets – at LA Times

My CORRECT predictions are all based on astro mathematics since 1996, as well as my contact with Nordic star ships. The command guy of the Nordic fleet told me for a year, night after night, “Trump win.” He speaks short words. Since this is done, he tells me now…

He told me to do this video series and be the witness of time astro sociologist. As futurists aware of the fact that past present and future are one, we are also Historians as we witness our own predictions manifest into reality…

(some of us are even actors in this cosmic script…)

If we clif high and I and others were correct so far…
how can we not be correct on space alien issues?
Again, my sources!!
— see
Michael St.Clair
https://twitter.com/newmind99

It is important we understand as I explained in previous long essays here that the main stream media people around the world still control the narrative, and yet, the world is not asleep. People worldwide are very well aware that a vast – VAST – majority of Americans are in Reality & have voted for paradigm change.

In this upcoming series of many documentaries to come, we discuss the personal astrology of Trump, Putin, Assange, Alex Jones, Ed Snowden – and many more… this is the deep astro back ground to the real news unfolding.

I predicted Donald J Trump and Putin’s intel to get along well, and this is the case now. I cannot speak for who Trump will appoint. Trust the process and breathe…

(No More Hanging Chads is an insider joke for those who know that in 1999 I predicted with extreme precision the ballot recount and Bush 2000, although I knew Gore had won it. OK and I personally saw the hanging chads with my own eyes in West Palm Beach. Trump saw them too, and it pissed him and me off massively. This to say I do witness and experience time both.)

I would like to thank those who trusted my correctly reporting assessing foreseeing reality, you know who you are and we stay in touch via videos. The doers do stuff, and the others talk a good game. And the copy cats will remain 2nd hand sub/homans.

Can some birth charts when selected tell us human time travel?