How St.Clair predicted Trump accurately = Witness of Time statement: St.Clair’s narrative is neutral (Swiss precision made); beyond nations, observant of human movements and what conditions them. Yet, his story / knowing is as bizarre as mathematical, empirical, logical, statistical, and straight forward to grasp. {Plus proven accurate over 25 years / 250 predictions.} Time stamp shows event time line.

Power to The People – Uranus 12th house.
This is an “EVENT Sociological” time moment place chart.
– Based on this chart, I knew it would be Donald J Trump. –
It could only match 1 person – through the eye of the needle.
(It could certainly not match someone who was no longer alive.)

This is an Eye of Time moment.

Precise NORDiC astro “interpretation” / intel map:
{The “St.Clair account settlement astro”} – only reason to devote energy to this, is because what will follow was tagged important, valid, transformational, and BIG. “Historic” in human terms. If you overlay the known Donald J. Trump birth chart over above inauguration 2017 chart, you receive information very directional. Mystical also, via Pisces – Aquarius. Jupiter in line of fixed star Spica in Libra Wisdom Fortune magnified. In it is inscribed the new planetary society trajectory which a few alert aware awake humans CAN see — a “Creative Moment of Resourceful Focus Intelligence” – in an eye of the super storm. Collectivity @ stake, high danger from secret high power / PLUTO CAP 9th house = secret law – hidden in plain sight.

Ignore pundits / politicians:
THEY WOULD NOT EVEN UNDERSTAND WHAT YOU JUST READ. Their predictions & “ass-essments” short-circuited on Trump’s “Obsidian Mirror” – from day 1, having failed to grasp his intricate eclipsed full moon psychology. He blitzed them all, as predicted. That is the difference between a school of fish with 1 brain — and a psychological genius who deftly juggles the Hegelian dialectic.

[It is the difference also between many known “hobby predictors” who know not what they speak of, and 1 professional futurist who outlasted them all. It is simple.. you can’t fool a professional; you cannot talk over him either. We have proven this herewith, one more time.]

Chart of 20 January 2017 at noon in Washington, D.C. is a rarely forward looking event meme graphic, of great augur for the 45th US President and its community, yet very challenged by the utmost unexpected / unpredictable UNKNOWN — and this would look like the start of a new long era of JOINT world prosperity for very many.

Note position of Mercury in Capricorn, business-minded, where Mike Pence had Saturn at birth. Mercury is symbolic of VP, to the Saturn who is the face of Government. In this case a Sagittarius full Moon born Trump. Both Trump / Pence are Gemini. Like a double. International soul outwards.

I predicted in Deep State vs Donald Trump that Trump wins and sees beyond all of it, URANiAN. And hear my hermeneutic statements — see for example April 2016 film document — I said December 2015 I knew Trump wins, also because I met him a few times twenty years ago, in Palm Beach; (when you meet a person you know you know things. (I also knew his birth chart by heart in 1994-99. None of this was NEW to me, my private intel.)

Not for anyone to know. Most so-called “professional astrologers psychics futurists ” of known repute names were proven wrong / not knowledgable in the worldly / economix / mundane affairs they purport to be EGGxperZ in and of, we discuss in these high level pages. They never studied the arts / nor politics, they never were face to face with decision makers. They have no clue. But they talk a good game.

USA had now a “Fake President = OZero” – to add to its fake news & fake history! World renown “experts” (known faces & names) in economy diplomacy military and intel and … media world affairs .. and astrology .. and science.. were proven wrong in their reality assessment. Try remember this fact from now on!

Over two decades. . . In world affairs, (LIGHT-SEEDS) and economics / technology (internet OMNINET) we were also proven correct, for years, (decade old documentaries we told people – buy gold cheap at 500, and in our 2015 videos we pointed out how gold is at a Europe peg – 1000 – in a manipulated / rigged band width through years,) and we predicted that investors tend to do everything backwards by “buying high” (greed) and “selling low” (fear). Astro oppositions tend to show patterns in psychology also –

There is a new Era ahead now for the planet. We move slowly towards planetary federation over the next 20-50 years. Eventually there is a bridge / transport / traffic / trade Pacific Alaska Siberia. The face of the world changes.

Kissinger on Trump: “Here is a new president who is asking a lot of unfamiliar questions, and because of the combination of the partial vacuum and the new questions, one could imagine that something remarkable and new emerges out of it”.

The Europeans who almost all in unison demonized Trump (and Putin) like 500 million mindless sheep, (I tell them as one who knows them well) will repent: in their ill-informed, uncritical views, and locked inside their closed loop approach to themselves, to NATO / Russia and USA, as well as their passivity & clueless naivety toward the radical Islamic onslaught taking them by storm, they are indulging in suicidal self-sabotage. Have at it, if you must!

The longer term future of all this will be a planetary federation alliance, with Russia, China and the others left over. I foresaw in 2002 that Putin would bring about peace with Iran. My intel forecast “LIGHT-SEEDS” texts were a decade ahead of time. Secular hermeneutics as explained.

We can foresee likewise that Trump will do his four to eight years well, outstanding – re-elected – and possibly very excellent. He names his apprentices. You know, his business method is copied in German industry by Siemens. Look.. he may possibly wind up as one of the top 5 USA Presidents — go down (as Henry Kissinger predicts, who met him now) as one of the most capable fellows who dared to ask unusual questions – assess the assets’ situation correctly – and show unique solutions – and set his strategy. This is something that impresses an old fox like Gemini Kissinger.

Maybe Mike Pence — the Theocratic Enforcer of Trump’s — will add 8 more years beyond Putin’s six. Mad Dog Mattis understands that NATO is obsolete – as we predicted. Peace looks different than two opposing forces. It s getten better, and the Germanskis were told not to take it all for granted. It will take 16 years to straighten / balance out the last 60-80 plus ill shaped years of world diplomacy. Astrology sets this at March 2021.

As a top futurist, you are best advised to have met your contemporaries face to face.

(As a witness of time, for what it is worth, I met some, here are four:
I met D J. Trump, J. Carter, G. Ford, and R. Reagan. Trump in his own league.)
{how many accurate futurist/astrologers do you read who met all of those?} 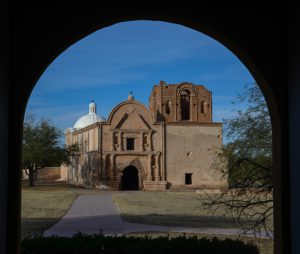 Sabian symbol for AQ 1 – by Mr. Jones: “An Old Adobe Mission in California” (- possible Jesuit in origin ) — Astro philosophy / sociology . . . Most of all US Presidents in History were / are always sworn in at High-Noon on a day when the Sun is in the first degree of Aquarius, very close to that. 20th January. Every four years that end on UNEVEN Numbers.

Check what angle the Obelisk shows to the White House! We know the PHASE 301 (AQUARIUS 1°): Symbol – “AN OLD ADOBE MISSION IN CALIFORNIA.” – KEYNOTE: The power inherent in all great human works to endure far beyond the workers’ life spans.

The famous ceremony is always set for dead Winter. 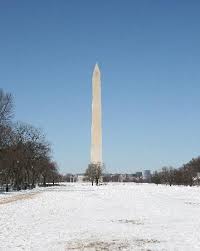 This predictable in time. But is the human being who is sworn in predictable?

(Text book astro. AQUARiUS ONE — speaks to us of THE CONCRETIZATION OF AN IDEAL. This also implies the “immortalization” of an individual within a great collective and cultural enterprise. This is what classical / traditional astro wisdom tells us.)

In my latest film documentaries – I hinted at the idea that Donald Trump is simply far more superior / advanced intellect than anyone wants to know. It is clear in astrology to someone who KNOWS astro, and it is ULTRA clear to anyone who met Trump in person. The global “intel” community did its first “apprentice test” with President-elect Trump & FAiLED: The whole sting op went sideways. See Eye Aye is BUSTED!! <-- Retro Nerds' Mercury.
Putin’s Lavrov keeps track of diplomatic score: Many top EU leaders interfered in US elections personally. The 2017 “Inauguration” chart of Donald J. Trump sees a fundamentally / radical new departure in the understanding of human / world sociology; trade, diplomacy, and mankind’s enterprising wisdom. All planets of repute move DiRECT. How exciting. (ObZero was sworn in retro.)

This is further explained in our new series of timeless film documentaries exploring 2020 / 2050, and beyond. We move [as explained] towards a timeless meritocracy, high tech / shared prosperity society, and away from dark control / fear war like types. A future techno society (capable of managing itself) has no fear of what it is about. The Davos “types” are on their way out of mankind. The energy is now in a meltdown worldwide and the panic they feel is a sort of sociological event, as a new “operating system” type frequency is reaching us. A new field is connecting us.

At the very same ( simultaneous astro ) time… the Western “elite” holds its post Trump swan song — as they invited the great Xi Jinping of China to their snowy Davos, because they cannot create “1 World Government” without China. Xi is lucky smiling leader who comes into the Rooster year as a man of stature, but who can not yet take action.. (can you hear me there?)

This is the first Chinese President to attend Davos (a puny club of would be controllers) — with China’s wealthiest executives in tow, of course… I think anything they state publicly is done to distract from the real event. (Chinese diplomacy is way more complex than Russian Dolls, I know I was in a previous life time in charge of the Emperors artsy world moves.)

The Chinese know some disaster is approaching at some point in the future and of total earth change proportions, as they too have their seers, and I seriously doubt the Chinese trust these people in Davos togive them accurate intelligence, and they certainly have their own 100-200 year plan in effect. Maybe China is just saying we do a “meet & greet” and see how everyone behaves, and then we decide..

Until 2026 we will live through a hibernation until time MOVES again, which will mirror chaotic societal changes to which we have to adapt from within with clarity and purpose. Imagine that during the years until 2026 we will have to undo all that we have done collectively over the past 13,000 years.

Imagine also an absolute power beyond so-called “Divine” redemption, a force larger than life and death itself, is to be part of our approaching collective experience. Imagine there is something more important than to be alive or to survive here on this planet: That is the planet Earth itself. 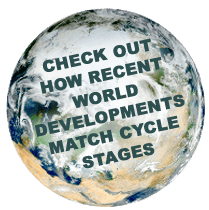