A mind that is alone. Astro 2018 (Jupiter Scorpio / Saturn & Pluto Capricorn) prompts us to imagine a smart mankind into 2026 Saturn / Neptune Aries. What would an ideal Earth Society look like? Question many people who know how the world really works.. experiment with at their own levels – locally, regionally, and wider, etc. Clear, most every kind of ‘democracy’ failed in its functionality; aware minds ask how we move from here? Quantum Republic a la Catalan? 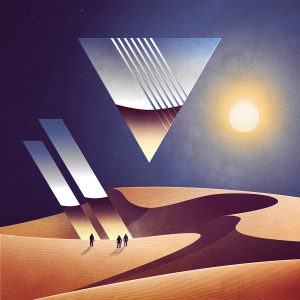 ‘Chaos exists in certain cycles & its purpose is to filter out Astral Consciousness that cannot exist in higher dimension shifts = those who think they USE chaos to their ADVANTAGE get filtered out as their nature is not compatible with HARMONY.’ – iZenTzu

“If you have to create a new world, a new civilization, a new art, everything new, not contaminated by tradition, by fear, by ambitions, if you have to create something anonymous which is yours and mine, a new society, together, in which there is not you and me but an “ourness,” must there not be a mind that is completely anonymous, therefore alone?

This implies, does it not, that there must be a revolt against conformity, a revolt against respectability, because the respectable man is the mediocre man because he wants something, he is dependent on influence for his happiness, on what his neighbor thinks, on what his guru thinks, on what the Bhagavad-Gita or the Upanishads or the Bible or the Christ says. His mind is never alone. He never walks alone, but he always walks with a companion, the companion of his ideas.

Is it not important to find out, to see, the whole significance of interference, of influence, the establishment of the “me,” which is the contradiction of the anonymous? Seeing the whole of that, does not the question inevitably arise: Is it possible immediately to bring about that state of mind that is not influenced, which cannot be influenced by its own experience or by the experience of others, a mind that is incorruptible, that is alone? Then only is there a possibility of bringing about a different world, a different culture, a different society in which happiness is possible.”

— Can We Together Create A Good Society? — – J. Krishnamurti, The Book of Life

“The very most ancient Buddhist Masters were the most dangerous on Earth because of their impeccable development of MIND .. & so they had to develop compassion to protect low density humans from the sharp sword of ZEN mind°
– iZenTzu

The very most ancient Buddhist Masters were the most dangerous on Earth because of their impeccable development of MIND .. & so they had to develop compassion to protect low density humans from the sharp sword of ZEN mind°_

Starting 2018 – [Mars aligned with Jupiter in Scorpio] – we forecast the fore-shadows of a resilient tenacious time ahead. . bad astral winds intensely investigating the secret karmic ‘lines’ – written by the hidden hands; inevitably all the beans will be spilled out into the open. For the world to digest.

Look at any place on the planet Earth map, you see the secret story is the same. Chances are that people will figure things out, by 2020, day by day, about how the world really works. So far about ONE percent (1%) of Earth inhabitants start having a faint clue. Little by little more and more wake up. With more critical mass, things will change.

As 2020 gets under way… mankind will become aware of how the world really works – Neptune in Pisces & Pluto in Capricorn into 2024 still rules imagination & creation of new realities, manifesting transformed structures, making it feasible to transcend 3D into something akin to more productive. Beyond that time 2026, we move to an integrated techno communications realm = Gemini Uranus / Aquarius Pluto well aligned.

Deep Astro into 2020-2026 is of a complete mutation of societies’ potential, due also to new technologies. = Uranus TAURUS = LAND Resources REFORM = Everything we’ve seen so far (thousands years) was a dress rehearsal of a fake evolution (devolution really), with very limited minds, for now comes the deep trans-mutation of peoples minds to affront a harsher — joint — future of earth changes / coupled with extremely fantastic technological breakthrough potentials – within transformative societies of a new mind. A society capable of leaving planet Earth by 2200. Well, I leave this in my site for my Catalan & World Friends to think about.

“Do you know what time is? Not by the watch, not chronological time, but psychological time? It is the interval between idea and action. And in that interval is the whole field of time. That interval is essentially thought.”
– Krishnamurti

STUFF that NO ONE wants you to know about, but you should know. Just in case..

UFO researcher Philip Kinsella makes one of the best analysis of Grey encounters I have ever heard. It is true = they pass through walls & windows from Astral non-physical dimension
Alien Abductee Reveals The Grey Aliens Secret They Don't Want You To Knowhttps://t.co/D1a1h534xm 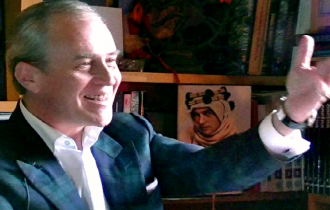 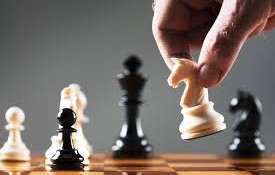 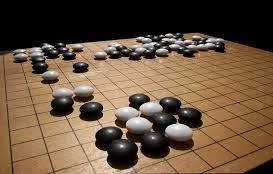 Michael St.Clair – Master of The Game

1 good thing about Catalonia op is: @KRLS dares to tell the EU the truth about how obsolete & deleterious decadent it is for all Europeans. Meanwhile Catalonia is Europe. Propose a Euro Federation of Sovereign Regions. Nation states failed.

Beyond disclosure, Light-Seeds unearths the oldest story known to mankind: Earth has been visited by beings from other worlds since the beginning. Extra-terrestrials have not only lived on Earth; there are portals & dimensional crossings that are active now. Many strange lights observed in the skies have a special interest in Earth – some are “friendly” and some are not. Humans are the key to their own destiny. How we navigate the next hundred years will determine our future as a planetary species. Until 2024-25 we will live through “The Winter of The 21st Century”, which will mirror chaotic societal changes to which we have to adapt from within with clarity and purpose. By 2011 there will be many moments of highest intensity on this planet. The world economy will have collapsed and there is only a short time to be mentally transformed, spiritually coherent and physically ready for this unprecedented hyper-dimensional shift in our realities. Light-Seeds includes: Zen of Stars and Foreseen in one volume.