Humanoids / beings of inter-dimensional space-time guide some humans – over many Centuries / life times – if need be. Napoleon & before him Catherine de Medici were said to have been advised by some creature – ghost like – dressed in red. [A dwarf, gnome, carrying a ring, maybe a small imp or elf.] Time Portal.

It depends on who saw & described “it”. The Phenomenon was witnessed by many & over hundreds of years in European courts. We have testimony over time, and during the Napoleonic decade 1799-1811 also by capable generals / advisors & witnesses – who all described what they saw, and some of it was documented – by a few. The interactions were REAL 3D.

Inter-dimensional beings see safe zones to develop. Time Portal 1500-2100. “The Little Red Man” being was seen in same space over many centuries. A plausible smallish ET life span. What was his advice ?

Famous people unnamed – like Napoleon – had superstitions. Like many from Corsica, he had grown up with stories of ghosts / vampires. His nurse, Ilari, chanted incantations over him to protect him from demons, and he believed in omens and good luck charms. Most time he wore a little black satin heart between his flannel waistcoat and his shirt, and he carried a scarab that he had found in a Pharaoh’s tomb in Egypt in his waistcoat pocket. 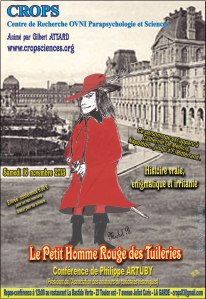 The creature appears allover the place, from the Pyramids in Egypt, to the palaces in Paris, all the way to the most decisive battle fields. Until one day… POOF – he s gone. Never ben seen again, and Napoleon went down the tubes. 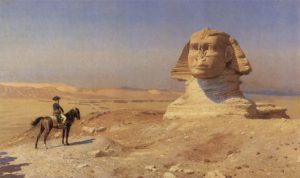 “Avoid everything that might give false ideas of the truth.”
~ Napoleon

Q. “Did the Little Red Man give real time advice to Napoleon?”
— Yes. ” Do as I suggest. Don’t invade Russia!” was the key bottom line.

Q. “Did the Little Red Man try to unite Europe?”
— Yes, and which Europe? – From Lisbon to Vladivostok.

[From prestigious TASCHEN Publishers:
“For 40 years, Kubrick fans and film buffs have wondered about the director’s mysterious unmade film on Napoleon Bonaparte. Slated for production immediately following the release of 2001: A Space Odyssey, Kubrick’s “Napoleon” was to be at once a character study and a sweeping epic, replete with grandiose battle scenes featuring thousands of extras.

To write his original screenplay, Kubrick embarked on two years of intensive research; with the help of dozens of assistants and an Oxford Napoleon specialist, he amassed an unparalleled trove of research and preproduction material, including approximately 15,000 location scouting photographs and 17,000 slides of Napoleonic imagery. No stone was left unturned in Kubrick’s nearly-obsessive quest to uncover every piece of information history had to offer about Napoleon.

But alas, Kubrick’s movie was not destined to be: the film studios, first M.G.M. and then United Artists, decided such an undertaking was too risky at a time when historical epics were out of fashion.”]

Look into — Meeting The Mirror of Destiny

— Read the complete script by Kubrick PROJECT NAPOLEON – (it is avaiiable.)

[ – note..
Kubrick’s most intense project — NAPOLEON — worse than the fake moon landing scoop — was to become a false historic bio pic piece even Hollywood would not back up — yet researched by MI5/6 Oxford “experts” – rewriting History — and so the higher forces never allowed it to see the light of day.

The key missing pieces are the UK’s secret plans to invade Russia, Rothschild’s payments to Napoleon & his plethora of generals, and The Little Red Man story. As the world’s best film maker you cannot seriously skip those TWO key points in the bio of a compromised man. Someone will have to film the true story of The LiTTLE RED MAN .. ]