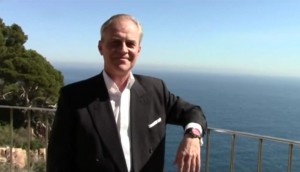 Perception is everything as we move into the next decade! Explore, enjoy, learn…

Most humans are blind-sided and mind-controlled by both main stream and alternative media. Most people are by now socially engineered entities. Look around to see this for yourself! Few are able nowadays to think independently for themselves, or come up with original thoughts and solutions, so as not to act as second hand humans. Fewer still comprehend THE DEEP GAME hidden behind head line news.

Since 2002, St.Clair has been advising a growing following of folks who wish to know what makes this planet tick in the way it does, as he knows how the world REALLY works. Educated by a Jesuit master Historian in Zurich, Switzerland, St.Clair studied hidden human histories, and his early mentor and Nixon’s former DCI (Director of Central Intel), Ambassador Vernon Walters – opened St.Clair’s curious mind to the deepest game played world wide.

The “DEEP GAME” as I was taught by the chief games players, is more akin to the “Glass Bead Game” – by Hermann Hesse, the German author, except it lacks its own understanding or purpose. Several “Deep State” operations are going to take each other on, as in Blade Runner artificial intel games, or as the “End Game – 2020” progresses silently, mostly OUT of view of anyone unaware. Very few are clued in now and have not yet lost the plot…

Few remarkable others, like say illustrious master of Aikido Clif High – HalfPastHuman = and Shaolin master of his own realm Putin’s Kremlin – RU in English – are aware of things to come. Dr. Edgar Mitchell (ex NASA and ex IONS) also knows things. I know few bits of what they know. Plus things we figured out on our own by listening carefully…

However… “Things to come” are not set in stone, however, as time goes by… more probable. We can, meanwhile, explore functional sociological possibilities in my pages. We need to subject a divided civilization on Earth to deep game scrutiny now.

St.Clair’s clients were asked a while back to grasp the series “Canopus in Argos” by Literature Nobel Prize Laureate Doris Lessing. In particular the 1st and most hard going of the five novels Shikasta is suggested as a mandatory study for a deeper understanding of our origins and most probable futures. 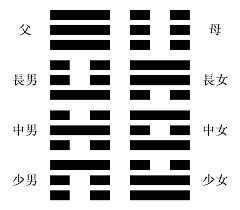 The I-Ching is our preferred tool – combined with Astrology – to understand questions and see the true issues in critical motion. To St.Clair, the combination of both tools has lead him to be able to make precise – accurate – breakthrough forecasts with actionable intelligence and useful advice for his clients.

What I show my clients indeed is how to pre-empt the move coming. I can read minds – and thus help clients in ways extremely superior to any other consulting operation. I am not alone in this. We are a team of experts in real life. All of my team mates have been business leaders before we joined in this adventure.

Luckily or by chance, I was blessed to be taught between 1995-2000 the global intelligence games played by the former Nixon Director of Central Intelligence, Ambassador (General) Vernon Walters who is correctly credited as the architect of the German re-unification. This to say I know the DEEP GAME!

+ “Do you know what time is? Not by the watch, not chronological time, but psychological time? It is the interval between idea and action. And in that interval is the whole field of time. That interval is essentially thought.” – Krishnamurti

What is beyond Pluto? A lot more! A whole future . . .
What is between Saturn & Pluto? Much no one knows what it means.

Enjoy: Ahead of The Game 2021 – FREE (no cost) strategic & common sense Outlook Summary.