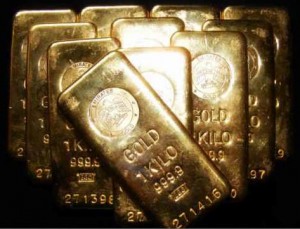 Raymond Merriman sees 2016 in great detail and in painstakingly thought through analysis, from economy cycles to the metaphysical overplay into the geopolitics I comment on often. There are profound bits of insight in this new book. This is most advanced book in a 40 year series, with astrology outlooks well into 2025. Many know that I have studied this master’s work for almost two decades by now, and each year he gets better, more detail packed and better documented, with great charts and relevant data.

We are dealing with a convergence of three cycles of 36, 20 and 13 years each between Saturn, Neptune & Jupiter. These cycles overlap still with the last remnants of the Pluto-Uranus waxing square fall out. The cardinal signs get re-ignited in 2017.

Like Merriman, I see clear potential for huge unsuspected earth / climate / weather volcano events and a possibility for Gemini born Donald Trump to go to the White House (with JeB as VP maybe). He is the outsider (non system) candidate who questions / counter-attacks media. Going against the 4th estate today is similar to going against 1st and 2nd estate in the 18th Century.

With Uranus, Saturn & Jupiter in late 2016 in good positions to turn the tables on the narratives, many surprising plot twists are in the cards. I see gold going to its appointed $4,500 position before 2020. During 2016, gold will still begin its new bull run. The markets are unwinding. 2020 remains the most logical “re-set” phase.

Putin’s people plus Iran are showing how the crisis can be defused, de-escalated as I said for years now… and how a more manageable world can come of this chaos we are now still engaged in. Year after year, Russia puts one more piece of the truth puzzle into the intel game. Even the former Defense Intel Agency boss, a highly decorated general, Michael Flynn – We were too dumb – agrees in that the US activity worldwide during the last decades was a complete fiasco.

Iran, Russia BRICS and others work for a world free of conflict. Saudi Arabia will be proven, like Turkey, to be needing UN resolutions to reign it in. Germany has now officially taken position to warn the world of the Saudi plans. Those who study Clif High’s ALTA work know that the Saudi rulers’ time is up.

Putin wants Russia to become world’s biggest exporter of Non-GMO food, Russia is on track to become self sustained and produce its own food throughout its 12 time zones. Russia is in fact a net exporter of food. Putin even intends to deliver organic healthy Russian food to a world which will run out of food soon. The astrology for Russia is good to go for a long while. The arctic holds its resource surprises in store.

Snowden is only very young still. His US Presidency still a possibility!
Don’t lose the plot! There is also the Chinese way of seeing the cycles.

Year of the Monkey – 2016 Long assessment by Raymond Lo

Despite the renewed violence we saw in 2015, I feel the worst is behind us. The astrology 2016 and 2017 softens up considerably over time, compared to what we lived through from 2009 until now. The year ahead is rife with more revelations on coverups in both world economics and finance plus unmasking of hidden geopolitical activities. 2016 sees planets mirror many attempts at global mis- & disinformation. It moves towards a war of ideas and notions. Beware and do your own research!

Our narratives are often intentionally elliptic and here is a gem:

“When Buddhist teacher Thich Nhat Hanh was invited to the San
Francisco Zen Center, the students asked him what they could do to
improve their practice. He had entered a monastery at age sixteen, was
an ordained monk, and had endured the horrors of the war in Vietnam. I
imagine they expected some rigorous prescription for deepening their
spiritual life.

“Thich Nhat Han’s response: ‘You guys get up too early for one thing;
you should get up a little later. And your practice is too grim. I
have just two instructions for you.

One is to breathe, and one is to smile.'”

Share the written presentation I gave at my “2020 ForeSight” conference: Scorpio Moon Narratives Revealed / This 101 page booklet is the updated outline of my long term 30 years forecast.