Salvador Dali donated this painting to the Theatre-Museum in Catalonia to celebrate his award of the Gold Medal of the Generalitat de Catalunya (Autonomous Government) in 1982, and who was present with his friend, the poet J. Foix. We can take in a mysterious perspective with some sacks that contain — according to Dalí — “information”. 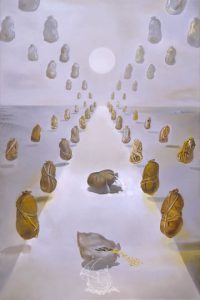 The Path of The Enigma

It is an iconography highly present in the artist’s work, especially in the painting of the early period, already of a surrealist expression. An allegorical work, its reading is based on duality, in the apparent elemental content of wheat and grain and, at the same time, the more philosophical content of information and understanding, the final meaning of the work.

The painting’s lines of perspective lead towards a horizon focused on a heavenly body of a cold appearance, and gives the sensation that for the same reason that there is an outward path towards an undefined background, so there is a return path, like an echo, through the double projection in the upper space.

“There will always be an idiot that has not read the memo.”
– The Nordics to St.Clair


The NORDiCS taught me – when I was a contactee of theirs –
that the many teachings they gave me are silent mission type.
(We as advanced humans are NOT designed for this planet Earth.) 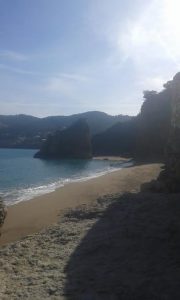 The Nordics teach in LIGHT-SEEDS how to navigate via ‘ultra / dimensions’ . . .
[ – above film documentary was shot at Dali’s work space – ]


The monkey is reaching
For the moon in the water.
Until death overtakes him
He’ll never give up.
If he’d let go the branch and
Disappear in the deep pool,
The whole world would shine
With dazzling pureness.
Hakuin 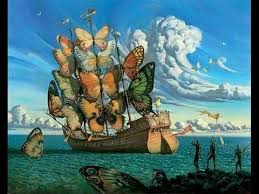 A boat beneath a sunny sky,
Lingering onward dreamily
In an evening of July —

Children three that nestle near,
Eager eye and willing ear,
Pleased a simple tale to hear —

Children yet, the tale to hear,
Eager eye and willing ear,
Lovingly shall nestle near.

Ever drifting down the stream —
Lingering in the golden gleam —
Life, what is it but a dream?

THE END — by Lewis Carroll —
— http://www.alice-in-wonderland.net/resources/chapters-script/through-the-looking-glass/a-boat-beneath-a-sunny-sky/

Visually .. Who Are The Nordics? – not esoteric 😉

Astrologically
Pluto Saturn Jupiter Mars in Capricorn
The SUPER clock ReSet / ReBoot / ReCycle
of Society’s System Structures
(around 2020-2026 is explained)
– in these prescient pages
– by St.Clair –