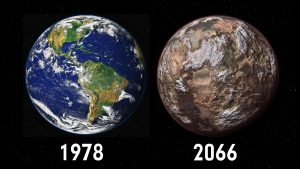 Seen from a space craft, they look at it like this:

China represents the “Sirians” on planet Earth, 2 BILLIONS of THEM, a quarter of mankind, genetically and mentally highly advanced: They want status quo to expand further. Not really acceptable. China of Sirius wasted its lands ecologically. Not so clever. Sirians did that on Mars already. They are a bit destructive to their habitats.

USA is ruled (unknown to the Americans) by the Grey aliens in Deep State – COMPRISING NASA, Aviation, Military industrial – intel complex, Pentagon, Finance, CENTRAL Banks, Economy, black robes judicial system – all of it. Trump can do very little. As Eisenhower knew who met the aliens and signed the Treaties with them. USA has messed up its infrastructure.

Russia is likely advised / guided by Pleiadians / Andromedan parties, and a peaceful ADVANCE technology FROM VENUS available – used to work with Sirians in space. Averse to dealing with Reptilians and Greys. Nevertheless Russian, European and North American genetics are more or less the same, as are the “teachings’ in the part of the world that promotes peace / prosperity. Russia is preparing long haul.

India is not as advanced as either of the 3 above, has a bad infrastructure, tectonic bad position, and an ongoing internal societal dysfunctional behavior – for thousands of years, unable to resolve it. Iran (ancient Persia) has new mathematics ‘ physics to contribute.

Africa hosts the Reptilians and lesser genetics adapted only to climates where not much is doable. Japan is likely to do “disappear” from the map by 2050. Why anyone wants a bunker is New Zealand is unclear to a logical aware person. Obviously New Zealand won’t exist when sea levels rise.

The global conflicts are about water. Water World. Energy, resources, land. Seers of all areas know the most likely future. We are not alone knowing this. The only answer for North Korea is an innovative, constructive economic package – involving all parties.

NORDICS know the future 2080-2250 Earth changes will favor Russia, and they suggest we build a triangle – Russia / China / America – and merge these warring factions (and their vassals) on to an advanced universal technology quest to build international space cities with the purpose to leave Earth.

Times for wars on this planet are over, it is non economical, non sustainable, and no one can win. It is an ET distraction to keep humans on this planet – enslaved. Plus in 100-200 years the Earth changes will render this planet NON-inhabitable.

The Nordics teach us that everyone please thinks from now on.. ahead in a new mind frame. For twenty years the Nordics advised us to create “Radiant Zones” – areas of self sustained / self sufficient live styles in self organized communities within the existing society – but by-passing the system.

Earth changes will make our current ways obsolete, for those who survive them. So far only the Russian seers confirm what we say is accurate and they act accordingly and peacefully. 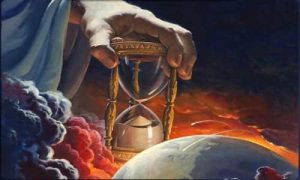