2016 will open to new realities unknown.
This is 1st follow up to the 5 years forecast: Ahead of The Game 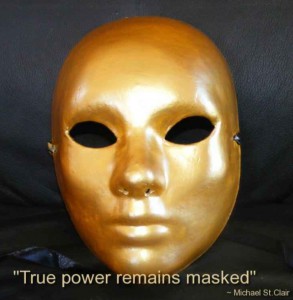 The fact most seekers must understand is that real power is hidden power. Many groups of ET and others emissaries are attempting to change things on this planet. Mainly for the better. Saturn in Sagittarius will make this clear by 2018. New world treaties will be in place by 2020. Be sure of this.

There be attempts still at “world control” by an outdated elite type brain, but it is not as simple as it sounds. The elite eats itself up. USA UK EU will wane, fade away. A whole new understanding of how this planet must work will come about during the next twenty-five years, and within that also the NEW role we as people play quietly. The awareness factor is way up by 2020.

The statistical astrology cycles show / mirror – Jupiter in Virgo & Libra & Scorpio, Saturn in Sagittarius, Neptune in Pisces, Pluto in Capricorn, and a slew of planetoids in Sagittarius. And then my date of choice. Equinox.. March 20, 2020 = Change of a “Social Science Awareness” type is now a silent mamouth ground swell.

Later then “Ixion” enters Capricorn. As a large game changer in 2021.

The economic data will reverse obviously towards surreality and then reality, as Saturn & Pluto settle their accounts, and then gold comes to its factual correct position around 2018 / 2021 – whatever that is [inside or outside of the IMF’s SDR special drawing rights’ system], preferably as “free gold” emancipated from paper illusions. Markets regulate themselves best when left free of manipulations = and folks will go to jail for rigging the world markets.

Earth Changes are afoot in the next two to five years, to one hundred years, and are such that no one informed can make any precise predictions as to time and place. Living dangerously os the new norm now. Most humans do not even know what drives these climate and cosmic changes. Add to this the “already disclosed: figure it out” – alien equation.

The Unknown has a lot of unknown items in store for mankind. Many extreme 3D changes in real reality will come about = quakes, volcano eruptions and sea level rises, lands down, and also droughts, and floods, and all extremes… plus solar flares and infra-strcuture debilitating events, with a result of a half depopulated Earth in twenty to fifty years due to “sun illness” and whatever the dying will be called.

There are smaller changes. BRiCS / SCO and a one “silk road” belt & open seas strategy for shared prosperity. A federation with a EurAsian continent from Vladivostok to Lisbon is the only sane solution to approaching our REAL threats. Together.

This is an ongoing process. Time is not a great measure.
It could be any time. It could be over fifty years. 100 years..

At some point the world will come together to live another day!

In reality it is all happening already now.

Migrations ((are now)) will be the new serious issue due to all of that / and we are already seeing and will see much more of this engineered phenomenon. We have been forecasting this since 2002 / this is now a given. It is on all of our shores, and we have to address it now / Europe will lose its “identity” or culture over this issues – unless it does something smart.

If the West of the USA runs out of water as seems obvious, then a hundred million people will have to leave. To Canada or Mexico or wherever, but away from death. If / when the current debt based economy breaks down completely, which it is and will, then many… more fifty millions / will emigrate from USA. North or South, East, West or any where – into prosperity.. If Yellowstone goes, much goes. Arctic winter. If Japan slips off of its rock, the aging population is not an issue. It is all relative, yet real.

If an EMP strike goes down, much of the financial systems go non functional / and in any event a cashless society is not really going to help matters one way or another. Gold remains the anchor of value. As a world we have gone through such periods before, a “Blade Runner” society not-withstanding.

Add to this the global “cyber hacking games” – between the “powers that be” with NSA and others, and the commercial world damage, and it all becomes a question as to what is sustainable really in 3D. Although it makes our day to day world more complex and thrilling every day, and then…

There are enough relevant risks / changes facing us now in reality.
You need to ask yourself, if interested, what you will do about it?!
Mark my words: “We will all wake up to a new dream reality soon.”

Many things no one wants to address are staring us all in the face now,
which our Radiant Zones Network sees as a phenomenon of “THE UNKNOWN!”
The Unknown is a “meme” / notion we have written about for 2 decades now.

There is a lot at stake and much more unseen stuff is going on.
Consider to look into Radiant Zones Network for in depth analysis.
This is where I give day to day and week to week predictive insight & analysis.