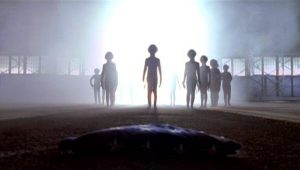 Krishnamurti: I wonder what we mean by a new year. Is it a fresh year, a year that is totally afresh, something that has never happened before? When we say something new, though we know that there is nothing new under the sun, when we talk about a happy new year, is it really a new year for us? Or is it the same old pattern repeated over and over again? Same old rituals, same old traditions, same old habits, a continuity of what we have been doing, still are doing, and will be doing this year.

Even the cats [who are cat zen masters] do not go outside in the bad winds because they use their ears to see & the winds make them "blind" pic.twitter.com/vsumY9Qiwl

Jupiter in Scorpio: secrets are being revealed / the hidden hand is being shown where things below the surface we do not know are being explored with Jupiter .. published and discussed.

Astro*Intel 11.11.2017 – Saturn / Neptune 2024-26
Follow St.Clair Nordic @ https://twitter.com/newmind99
– Saturn Neptune 2024 The Social Illusion. Saturn is Government (structure) and in Pisces it is Social Illusion. It will change the economy of the World. It will usher in a new ET world view.

Meanwhile EU & German Defense intel study 2040 future EU breakup / scenario see – Intel Leaks predict EU Collapse 2040 — [St.Clair’s comment: 2020 THE problem is in your face, in 2040 it will be post industrial, Europe will look like the Middle East crossed with Asia.]

The Oligarchic idea / perception is dead on arrival with PLUTO PISCE 2045.

Astro*Intel by St.Clair – We see the Globalist ‘Hidden Hand’ signature now showing up worldwide: Anarchic WindMills were powered up by dark forces, everywhere from Catalonia, Brussels, Saudi House, to China, Russia, USA, to Africa & Venezuela — “Independence” is by now a worn out meme. Self-determination is within. Same time an inter-dimensional deleterious force field energy stalks this planet – place by place – person by person..

By Winter 2021 it will be about being creative & intelligent – swearing in ceremony of the President of the United States – Saturn & Jupiter in Aquarius & at that point a whole new connected society begins. Uranus in Taurus 2018-2024 heralds massive unexpected resources, land & property reforms.

In true Gemini manner, seeing all sides, Donald Trump (beyond diplomatic) states he believes BOTH the versions served to him by Putin and by his intel apparatus about all the past Russian / US 2016 election operations & shenanigans.