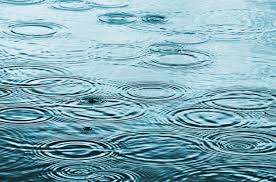 Plethora of planet positions in Pisces moving into a Saturn Sagittarius check point of verification in truth content. Secrets revealed, everything seeps out — as was a foreseen development for about two decades.

True IT experts know that data will find its way to the shore of the common data sea of information. After all it is electric current, no different from water. NSA CIA FBI and DEEP STATE seem only now able to grasp the vastness of this notion. Fake news has been unmasked. Some progress in the works…

In its “Memes within Memes” SUN NEPTUNE MERCURY in PiSCES constellation release, the prescient truth bearer organization posted to Twitter a password for “Vault 7” that read as follows – “SplinterItIntoAThousandPiecesAndScatterItIntoTheWinds.”
[ attributed to – JFK; PassWord V7 eXplained ]

A new electric current has brought about a new SocialScience” type sociological event dynamic.. and as we explained in our 2015-16 video documentary series. Astrology foresaw clearly what we live now. At least I told you so.

It is important not to lose sight of the fact that at this point, in Spring 2017, the trajectory of Earth humans has been changed, by some tech power from the future. A future mankind has brought in a new landing team.

Heavy water = heavy tech engulfs us now. In terms of electrical current it is the same principle = Oroville Dam? Too much flowing power is structurally too much… it is all the same… Flash MegaStorm / water floods — or huge Vault 7 CIA inside data floods = same laws, same dynamics. Busted!

The info dam is broken, sucked into a black hole — gone bye bye, it is now seeping above, below, side ways, every which way. Many more such operations to follow. This is the revolution of the data driven mind. Tech society. Was about time.

The war is on the mind = YOUR mind! New secret rules of the game.

Rooster year announces massive surprises in how DeepState will be handled by future tech providence beyond its own scope. Having lost Clinton, ‘DeepState’ should have grasped that something “ELSE” is afoot, and which they don’t yet get — The Unknown ?

We expected indeed show time this year. August – September 2017 marks a time, astrologically, where History will move one more notch. It is definitely NOT as predicted by the astrologers who told you Clinton would win 😉

We expect inside news from CERN & SillyCon and DeepState defectors at NASA. Was predicted ages ago. [[GooFB/Apple ]]Micro-SamBong & co. may all be broken up into pieces — You never know.

The players are masters now.
The apprentices were sent home…
The deep game is on. The timing is far out . . . 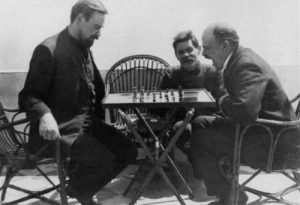 “This will be the first Total Solar Eclipse to fall across the United States in 99 years and will occur @28Leo52 which opposes US natal Moon in our 1776 natal horoscopes set for around 5:00 pm LMT.

Is this significant? Possibly so since the eclipse lands on the doorstep of the American people. Additional consideration is a 29th degree is considered a critical degree condition for a planet straining in some way and may relate to the potential for natural disasters and/or disruption of energy (ex: power grid.) Plus, 29 Leo is near royal star Regulus (00Vir) with its caution:

success if revenge is avoided.

In symbolic Astrology used on Stars Over Washington, the first thing to know is that this eclipse falls in the 1 North Saros Series, the same Series as the August 11, 1999 ‘Nostradamus’ or ‘King of Terror’ Solar Eclipse. Because of this, I close this post with the horoscope of 1 North’s Initial Solar Eclipse which manifested on January 4, 1639 @13Cap48, a degree you recognize as transiting Pluto’s recent playground. This adds to the transformative picture of the eclipse which has the usual Uranian ‘wild card of the Universe‘ vibe that all eclipses carry.

So when we think ‘1 North’ we think The Mother of All Eclipses so naturally the sign of the initial eclipse of the Series is the filter through which we view subsequent 1N eclipses — now it’s Leo (Sun) seen through a Saturnian Capricorn lens. Note that America’s natal horoscope (July 4, 1776) contains a Sun-Saturn square.

The first landfall location is the Oregon Coast and the last place of Totality is in South Carolina before the eclipse shadow sweeps across the Atlantic Ocean after beginning in the Pacific Ocean.”

“This cycle is giving birth to a totally new inter-dimensional being;
as Colonel Philip Corso asked: Are YOU up to it? He did not mean physically up to it .. he meant is Incarnate Spirit up to inhabiting a new world:
“It’s a new World .. if you can take it…”