St.Clair – Ahead of the Game 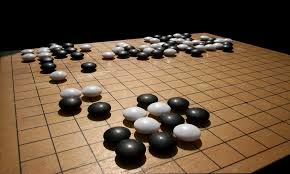 Essentially, in a very quick – mid 2015 – analysis type summary, we must grasp that the Western economy is completely insolvent, if not bankrupt. Famous Swiss gold expert & global economist GoldSwitzerland’s Egon von Greyerz explained at the private St.Clair 2020 ForeSight Conference – how not only Greece, Spain, Italy, France, America, Canada, and the UK are bankrupt, but so is the European Central Bank, and in fact also Germany. The supposed lead engine of Europe is insolvent.

The US Treasury and Federal Reserve has very deep swap lines outstanding with many world nations, as do most all major banks in all Western nations stay on the hook for uncounted derivatives which only get bigger. Derivatives never go away, they only grow. Japan is not even worth discussing. The USA is legally bankrupt – technically and mathematically speaking in fact even more so than Greece. Think about this!

The fact that the tiny ten million populace living in the Greek cradle of democracy has valiantly challenged the “would-be controller overlords” has shocked the world and nobody knows what to do next. Until mid 2015, no one has ever before dared to call the bluff of the elites. Nowhere in time in mankind’s history has such a brazen act been noted. Europe is now in deep fundamental trouble. If debt is not forgiven, Greece will not survive. That is a fact.

The IMF wants to (or purports to) forgive the debt, but Germany is not prepared to forgive it. And if they forgive it, that means that Spain, Italy, France, Portugal, and many others, will have to write off large loans to Greece, and they can’t afford to do so – which means that the debt circle is closed. Plus “Club Med” wants a Greek deal anyway. That too is a hard fact. The IMF will go in the face of Germany.

So what you have now in reality in 2015 is a divided, failed Europe. The Euro is a fatally-flawed monetary concept and what we now see playing out was eminently predictable from the start. Even German then Chancellor Gerd Schroeder stated in 1998 this will not work.

In addition now, there is a massive issue in the hundreds of trillions of dollars in worldwide bond markets, with almost zero liquidity in this area, and this is where we will see a contagious added super problem developing by May 2016. We will see the Western world bond market seize up in the next few months and into 2016 / 2017. Timing is hard to judge. The issue is clear.

One has to consider that these bonds – worldwide – are pledged as collateral for other securities (usually over-the-counter derivatives) – the full impact of the bond bubble explodes higher to something like $500 Trillion, or half a Quadrillion. This affects both central and commercial banks as well as the entire shadow banking industry. No wonder the Bank of England and many other Central Banks, such as the Euro Central Bank, are stunned as to the shrinking liquidity. This is a problem to which the controllers’ elites have no solution.

Recall this meme: NO solution.

China is not exactly mastering the Western type of game they adopted either. However, they did build themselves a brand new infrastructure and many cities, all of which one day will be needed and used. The West has nothing of this scope. So China saw and acted ahead wisely. Probably they are really better off to follow their “One Belt Silk Road & Open Seas” doctrine than to engage in casino games.

In July 2015 in Asia, China’s stock market has collapsed over 30% in just few weeks. They are living a real life margin call, of which the West should learn to see what this will mean when the test scenario or “drill” goes live worldwide, speaking of which…

In the USA, the controllers humor themselves with many drills gone live. Intel tells us that “Charleston” was such an exercise. The latest and ongoing since April 2015 is “Jade Helm 15” which however is only the mother of all psychological operations. If indeed only 1,200 troops are moved around in the mid West of America, it would not be worth mentioning. As a young lieutenant in Switzerland, my general had these two battalions as his own body guards, and I helped manage them.

However, there is much more to JH15 than meets any trained eye. A huge trap for the initiated to figure out.

Constitutional attorney John W Whitehead is so far the only one of very few who grasp the scope of it.

Leading in his economic & world analysis is also Dr. Paul Craig Roberts who devoted decades to explaining it to America and to the world. I invite clients to see many sides of all issues. I addition, you can follow the reports by Gordon Duff, senior editor of Veterans Today: Hard hitting dispatches from the reality abyss. He broke the news on nukes in Yemen. He sourced the ISIS story to its core with a network into all the key player cities of the Middle East and Africa.

As to zen master Putin, best read his own words – Putin’s Kremlin: in official English

I have many sources, you can start preferably at the source itself.

Many situations are veering out of the control of the controllers. People ask me often when will the “crash” occur? When will it all end? Consider that we live in the crash since 9/11. This is a long ending in process. The end is a long process. Rome was not built in 1 day, nor did it end in 1 day. The process may indeed well take into 2020, or 2045, as I explain in my 5 and 30 years outlook forecasts.

See for all of this above global conundrum of perception in the making St.Clair’s five years outlook into 2020 – backed up by astrological human cycles analysis. Staying Ahead of The Game now is a really good idea…

It is evident to a neutral and aware game theory expert type observer that the game is up. The end game has begun. The game is over. It will last possibly into 2018 or 2020, unless rational players throw in the towel early, and resign, so that a reset can get under way sooner. Otherwise the elite may go to jail, maybe into their FEMA camps? There will be show trials to this effect.

The question is if Greece’s population is indeed acting as a way-shower?

It is quite possible (probable) that Greek prime minister Alexis Tsipras & his former finance super star minister Yanis Varoufakis were threatened (black mailed) with very dark things by shady EU operators if they do not comply… and so we do not yet know what the Greek crew will do when bullied by the elite. The clash of titans… while Greece is a side show of a side show . . .

They do not have this kind of expertise. It may be time they retain a seasoned advisor in the style of “The Wise Man with The Spiritual Golden Gun” and learn that it takes the courage of one’s convictions to see a game plan through to its conclusion.

Only an empty mind can see clearly! – Krishnamurti

The Western world has been mentally programmed to deal with external crisis through some kind of outer reaction = immediate external action, and so in the West we do not consider that all change begins within (the mind). We must adapt now and grasp that = dealing with any crisis or change is primarily an internal work of art.

The East has thousands of years of wise teachings in meditation – inner awareness and Martial Arts – which means they work on themselves FiRST & FOREMOST as a way to prepare for any external situation (crisis) which may arise, and so there is a huge gulf of understanding between East and West. In AIKIDO [Morehei Ueshiba], the incoming force is not of such great importance, but the ability to divert and effortlessly neutralize the incoming force are learned by students of AIKIDO.

The Western mind learns to focus on the external environment — and the Eastern mind learns to command the inner environment to deal with any crisis from within. Westerners discuss potential real wars scenarios and the global economic melt down. The OTHER probably more severe and present issue facing mankind – which most observers completely discount – are unexpected catastrophic Earth Changes.

Possibly the Earth itself and changes in the ionosphere & magnetosphere will force mankind into a “Planetary Federation” – which we discussed during the Foresight 2020 meeting. One concerned NASA scientist talked to St.Clair in 1999 about the real threats this Planet faces. The BRICS / SCO & Co. Nations of the Oriental World are better equipped for mutual cooperation and protection.

Putin & Lavrov explained how Russia shares the views promoted by French President Charles de Gaulle. One space from Lisbon to Vladivostok. The more level-headed individuals are working quietly on this vision being manifested soon. It is a calm process behind the scenes.

More recently the more westernized Japan was unable to handle a situation like Fukushima. Imagine TEN natural type events of a similar kind, and humanity will need to start cooperating beyond borders. This is what we tried to make clear at the Foresight 2020 conference. There is only a joint human answer to Earth Changes.

Seriously, a new planetary society must come about to meet the challenges ahead.

The main subject I want to emphasize is to: PROTECT YOUR MIND!

Just like you would protect your house, your car, internet connection, your computers, and your websites. Here are some points which I can back up astrologically – with the coming and very challenging Jupiter / Saturn / Neptune alignments (Aug 2015 to May 2016) = relating to perception of reality, the Internet / mind influence / self-preservation / imagination, and / or the idea of not jumping to conclusions and into everything one sees or reads.

* The Internet is a shared external brain – created by humans.
* The Internet is like electronic telepathy = long distance contact.
* Where humans express and live out beliefs and conflicts as in physical 3D

The key point being is that we express ourselves through connections on the “external Internet brain”, and we use external electronic pathways for this purpose. This mind communication happens in the same way that we express ourselves in 3D physical reality (psyche / mindset). The whole world is interacting on the Internet and expressing themselves in the same way humans have done over the last thousands of years.

As a result we have new co-operations and new “wars” of the mind. So the Internet has enhanced both GOOD aspects of mankind and a not so great phenomenon within this electric ether. Some of us are aware of plans and ongoing schemes for social engineering and disinformation. Being mindful of this fact, we must protect our own minds.

We must create space – (time) – between looking at any information and reacting.

Understand: The Deep Game – to be able to navigate a saner future!
Take the free advice we share with whoever is blessed to land on these pages. 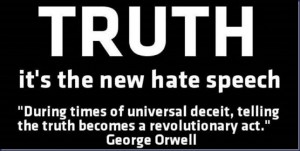 Smart Advice:
“In times of adversity & opposition & division –
. . . Do not push and shove against your opponent –
Simply balance [internally] all energy interactions”