“Beyond a critical point in finite space, freedom diminishes as numbers increase. This is true in the finite space of a planetary ecosystem as it is of gas molecules in a sealed flask. The Human Question is not how many can possibly survive within the system, but what kind of existence is possible for those who do survive.” ~ Frank Herbert {DUNE}

We inhabit inter-connected time lines within 3D space – which means we humans inhabit local areas within Islands / Continents within inter-connected DIMENSIONS [within space-time] — and all these factors affect ALL of us together. Why is it that so few are aware of this dynamic multi-reality?

In his new ET contact series, St.Clair explores the extreme situation of planet Earth in light of his knowing about where we came from and what is most likely to transpire in the coming years .. where St.Clair reports back to the Nordics, meaning this is Report not addressed to Earth humans on the Planet in this current time zone. Reminds you of “SHiKASTA”? 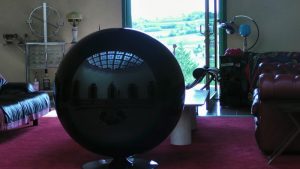 The Path is ahead.. yet the future can modify the past?

Dr G Heath King asked a very important question in relation to the reason why astrologers & others cannot accurately calculate the passage from the Age of Pisces to the Age of Aquarius. Truth is the Transition of Ages is a multi dimensional (inter dimensional) process.
A non mathematical process.

JFK ( & Trump) were given forward guidance by Kremlin Masters – (as little red man gave Napoleon) on all important ET world affairs issues you / we all need to & DO know about.., let us leave it at that, & move on wisely into this societal PLUTO CAP / Aquarius transformation…

* JOHN A KEEL [free PDF] Operation Trojan Horse – Unless you have actually studied this seminal work, you will never understand the rest that follows – all the ET stuff &more.

* Ong’s Hat – [ 2001 by Joseph Matheny ~ with Peter Moon]
~ The elusiveness of the Incunabula’s original proponents, Emory Cranston (a pseudonym) and Joseph Matheny (his real name), has spawned wild speculation that the Ong’s Hat legend is nothing but a media hoax. However there is a dark side to this story, which may help explain their circumspection.
It tells that story – Ong’s Hat – The Beginning & that story is actually for real, that is the troubling part.

* JOHN TiTOR is seen by many as a “hoax” – and possibly that is the case, at any rate it doesn’t hurt to be aware of what he said…
John Titor’s Tall Time Travel Tales – even if it was a joke (fiction) it is filled with data worth looking at. I would not waste your time otherwise!

* LIGHT-SEEDS [by St.Clair]. Is it really fiction, a hoax, or whatever? It contains by now more & more predictive bulls eyes.. so we keep going studying other colleagues.. [alive or passed on]

* JOHN LEAR
Hope I don’t need introduce you to this hero. Otherwise catch up here !!

This is just for new comers. And there was expert Whitley Strieber,
he who knew a few things too & everyone tried make fun of him. Not cool!
We get to him some other day..

What follows is PURE fiction but makes the real stuff look like fiction.

Doris Lessing was shadowed / under surveillance by Brit. intel for two decades 1950/60ies. This would explain why she chose the fictitious form to tell us what she was told. It is her definitive account settlement.

* SHiKASTA ~ 1979 by Doris Lessing / Penguin RandomHouse
— Re: Colonised Planet 5, Shikasta (often shortened to Shikasta) is a 1979 science fiction novel by Doris Lessing — 1st book in her five-book Canopus in Argos series.
[It was first published in the United States in October 1979 by Alfred A. Knopf, and in the United Kingdom in November 1979 by Jonathan Cape. Shikasta is also the name of the fictional planet featured in the novel.]

Subtitled
“Personal, psychological, historical documents relating to visit by Johor (George Sherban) Emissary (Grade 9) 87th of the Period of the Last Days”, Shikasta is the history of the planet Shikasta (an allegorical Earth) under the influence of three galactic empires, Canopus, Sirius, and their mutual enemy, Puttiora. The book is presented in the form of a series of reports by Canopean emissaries to Shikasta who document the planet’s prehistory, its degeneration leading to the “Century of Destruction” (the 20th century), and the Apocalypse (World War III).

Presented as a compilation of documents, reports, letters, speeches and journal entries, this purports to be a general study of the planet Shikasta–clearly the planet Earth–to be used by history students of the higher planet Canopus and to be stored in the Canopian archives.

{in short she is addressing those of us who she knows recognize who she and we are, and this is where the idea actually gets real.. we need recall what she told us.}

For eons, galactic empires have struggled against one another, and Shikasta is one of the main battlegrounds.Johar, an emissary from Canopus and the primary contributor to the archives, visits Shikasta over the millennia from the time of the giants and the biblical great flood up to the present. With every visit he tries to distract Shikastans from the evil influences of the planet Shammat but notes with dismay the ever-growing chaos and destruction of Shikasta as its people hurl themselves towards World War III and annihilation.

Few masters of science fiction have brought us glimpses of the near future as vividly as Arthur C. Clarke. It is the startling realism of his vision that has made classics of his Childhood’s End and 2001: A Space Odyssey — and Clarke himself one of the genre’s most successful writers. To commemorate the fast-approaching arrival of one of the most notable dates in science fiction history comes this special anniversary edition of The Sentinel, a brilliant collection of Clarke’s highest caliber short fiction. Among the ten stories included in this volume are: “The Sentinel”: The story that inspired 2001: A Space Odyssey, one of the most famous SF movies of all time

Originally presented in German as the author’s doctoral thesis (University Freiburg im Breisgau, 1984), published by de Gruyter Verlag in 1986; the English text is based on the original English typescript (which was translated into German for thesis presentation).

Dr. King, an American psycho-analyst who lived for 16 years outside the United States in protest of the Vietnam War, integrates the disciplines of psychology, literature, and philosophy and draws on his experience of exile to analyze the existential subjectivity behind a writer’s work. Annotation c. by Book News, Inc., Portland, Or.

* DUNE ~ 1965 by Frank Herbert Penguin RandomHouse
Science fiction’s supreme masterpiece, Dune will be forever considered a triumph of the imagination. Set on the desert planet Arrakis, it is the story of the boy Paul Atreides, who will become the mysterious man known as Muad’Dib. Paul’s noble family is named stewards of Arrakis, whose sands are the only source of a powerful drug called “the spice.” After his family is brought down in a traitorous plot, Paul must go undercover to seek revenge, and to bring to fruition humankind’s most ancient and unattainable dream. A stunning blend of adventure and mysticism, environmentalism and politics, Dune won the first Nebula Award, shared the Hugo Award, and formed the basis of what is undoubtedly the grandest epic in science fiction.

Imagine now this…
– we have several different envoys we know by face name.. and of highest caliber meeting in some space time… and we all know we represent our mutual enemies & we have to make this peace now, minus formalities.

It’s a steep task ahead!

[Was Niccolo Machiavelli a historian, futurist or realist, or all of it?]