ANONymous Movement taking the world now by silent storm is the Uranus in Aries answer to Pluto in Capricorn we discussed. The next step is stepping out the Matrix operation, anonymous, self effacing. Neptune in Pisces blurring boundaries, merging memes.. to enlighten, illuminate, inspire educate, motivate, make people think positive.

Watch inspired Digital Mask productions..
Enter an “anti-celebrity” world! Reactive / adaptive. This movement, astrologically, is more relevant & powerful than ever, it realizes that the voice of NONE is more penetrating than the face of 1.

Anon \
Anonymous has no strictly defined philosophy & operates on ideas rather than directives – a Pisces trait. As a sociological astrologer of my own kind (observing our digital reality as an extended human collective brain) I see in Anonymous a multiple Neptune / Uranus / Chiron combined force. There are 3 way-showing universal principles at work here. Uranus FREES, Neptune envisions & illuminates further. Chiron heals collective wounds.

Astrology fully mirrors the above statements / thought processes – which in turn echo “Radiant Zones Networks” by St.Clair – or “SOC = Self Org. Communities” by clif high. Obviously the pulse of time shows the way collectively for the aware ones.

3. Other astro factors show why – on a sociological level – only this inventive approach will actually create change. (Ixion, Pholus, Quaoar, etc. we explained this “guardians of ethics” jargon in the 5 years – 2021 by St.Clair astro plan essay – society’s management will be held accountable now.) The controllers will be put on trials etc. All this is yet to come.. Basically simple to understand. Total change is upon us now.

It is not about putting the old Reptilian rulers in jail, it is maybe more about sending them to places where they can help… like Haiti, or dark side of Pluto. This is all very deep and all encompassing to grasp — as will be proven by maybe 2045. 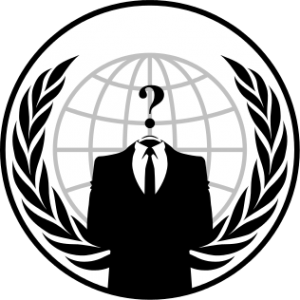 The media shit-storm centered around WikiLeaks / Anonymous / Alex Jones + plus DEEP inside / VERY high placed sources will not be survived by the Globalists.

This is The World Global Coup d’Etat & counter attack coup now @ work – right now. PLUTO MARS [Be sure astrology sees the end of this era of globalism is in sight.. even if out of reach just yet. Time Line 2020.] However, things may take time to be worked through. 2020 is a realistic time frame to see through the changes necessary to make this planet function again anew.

This is a process of universal proportions. Everyone needs to pass through the eye of the needle. Prosperity of all humans is at stake. It takes a while for the Libra Scales to tilt in humanity’s favor with Jupiter dispensing wisdom in matters of social Justice into September 2017.

Facts: Global masses have less trust in main stream media / government / system / money than ever. They are insecure, in fear. More aware people (who know what we discuss here) are turning now towards new ways of figuring out how to live in a self-sustained manner; and more folks wish to know how the world really works.

Funny thing is the “Elite” type people are even more scared!

This fact – emerging trend – of a much more dynamic and higher evolved awareness is indeed mirrored in astrology up to 2025. People are learning at each level they are in. Give them their time!

No matter the outcome of Trump / Clinton 2016…
this 2nd US Revolution.. is afoot alive awake aware.

Astrology suggests over the years 2017 – 2019 two memes strongly. A SYSTEM changing epoch is emerging… We discussed self-determination (Uranus Aries) with Trump and being Original as our solution: We free our mind/s. We see now also collective self-effacement as an option and merging with a higher stream of consciousness discussed in St.Clair film documentaries (top navigation).

Advanced Astrology points out / foresees that as we move on to 2020, Anonymous becomes ever present, invincible as anti dote to alien world control. Anonymous has studied everything there is to know. I can see from their presentations they have for instance studied Light-Seeds: Futures of Planet Earth, which contains futuristic highly advanced materials not many have yet understood fully, QRC 2137 etc. – even though it has been out there now for seven years, open source.

You imagine the faceless movement has possibly millions of people allover the world who access inside of anything, anywhere anytime – hey even the NSA and NASA people can be hacked into. They penetrate right into their heads! Imagine that! The idea that 1 corporation or group will rule the world is preposterous. Not on our current time line.

We do live now indeed in a zone — since about 1999 and about until 2025 — when we have two to three time lines vectoring in on us here in this galaxy reality, and the outcome is not predestined at all. One time line is nuclear, Grey aliens, and the end of this planet, see Mars. Other time lines way more upbeat – more balanced – and last time line is indeed even inter stellar. We leave this planet in 1 piece! —- ((Read “LiGHT-SEEDS”!))

There are astrologers making bets as to WHEN the ClingonClone goes to re-education re-cloning camp. Astrology proposes also to study HIGHER levels (Saturn in Sagittarius) of Reality. As we then move into the Capricorn alignments 2020, we enter very serious times. 2020 is the confluence and eye of needle of all time.

Putin warned the world openly of what the US military black budget complex is planning. Watch his open private brilliant talk, what he does not say is how he will have to respond… he too has ETs on his side:

We live in a cycles machine type of existence, in a Cosmos, stars galaxies, ETs, aliens, and planets turning in our star system, the Solar system, this little Earth, and we are all going to go through some extreme changes during the next say 200 years. 500 years. That is how you have to see it. BIG! In the big picture we are one long line of incarnations.

This video was posted same time as Mars moves in line of Pluto – opposite fixed star Sirius – packing a very powerful planetary punch with life altering consequences for this world.
That’s Applied Anonymous Astrology at its finest. Mars Pluto exposes the “shadow government” – term used by themselves (or “7th Floor Group”.)

“There was a powerful group of very high-ranking STATE officials that some referred to as ‘The 7th Floor Group’ or ‘The Shadow Government.’ This group met every Wednesday afternoon to discuss the FOIA process, Congressional records, and everything CLINTON-related to FOIA/Congressional inquiries,” the FBI’s interview summary said.
(source of statement is: FBi – Federal Bureau of Investigations)
Read more at http://thefreethoughtproject.com/breaking-fbi-docs-shadow-government/#jxmfju1tggyveJXP.99

As to the idea that the See Eye Aye would wage / stage some super tech cyber war on Russia, (they dont have what it takes, most folks don’t understand NSA or CiA difference) –– Edward Snowden – whom I call “Snowman in Moscow” – well he can only Laugh.. you all are absolute beginners… Guys just get a brain and entertain yourselves with stuff more exoteric if you must!

“The foundation of a free society
is our willingness to defend the rights
of even those with whom we disagree.
Popular words need no defense.”
– Edward Snowden 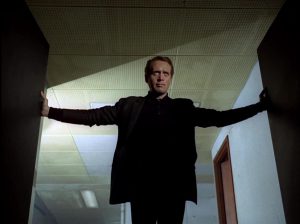 The actual = Geo Engineering = super threat, is this,
in short – for North America – so you get it clearly:
Scalar (invisible) hit on Yellowstone
— and then — Good Night — USA. Re-consider! Fukushima!
(ALL ‘above/top/secret’ US Generals know & wish Peace.)

(Context: Both constructive & destructive elements of ET / alien races who visit / interact with Earth / Mars and other planets for ages (since before Atlantis) are taking influence on Earth human society at ALL levels, since way back, and also now in 2016-2026, not only inisde secret governments.

It is out in the open — for all to see with eyes to see. But the conflict between the Canopus / Sirius envoys — and the insidious Shammat elements is on. Shikasta students know, we will leave the planet intact.) 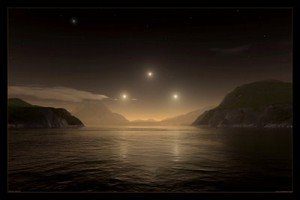